The Sonic Solution is a product of:

ANY & ALL electric instruments - Things such as electric guitars, basses, fiddles, keyboards, and anything that requires you plug a cable into it to get sound means there is electronics inside that make the signal get from your instrument to some type of amplification. Be sure to check these items for popping or bad connections prior to your session. Most of these issues are relatively cheap to fix, but impossible to eliminate from a track. If you feel like your instrument could use a tune-up then it's best to have it addressed before you start.

Singers - Be sure you are well rested before it comes your time to lay down that chart topping vocal. Avoid sugary drinks and stick with room temperature water if you can the day of your session. A cold drink is nice, but on a set of warmed up vocal chords it can literally change the timbre of your voice.

Accomplished Singer/Songwriter and recording artist, Shawn Fussell, began his career in music shortly after high school. Playing guitar for many local bands in Sherman and Dallas TX, Shawn later decided to front his own project, The Shawn Fussell Band. This venture wound up moving him  to Austin, TX where would hone in his skills absorbing all he could about not just the live performing of music, but the production of it as well. Under the guidance of award winning producer Eric McKinney, they crafted Shawn's debut release earning them two top 10 singles across the Texas Music Charts with the songs "Ride" and "Tulia, TX. Nationally, Shawn has been featured on Fox News and VH1 with the help of Ray Benson (Asleep at the Wheel) and his Texas Music Scene TV series. A dedicated guitarist and singer at heart, Shawn later constructed his own recording studio, The Sonic Solution, as a way to work on his own projects. Realizing the need for a truly musician based and professional facility in North Texas, The Sonic Solution opened it's doors to others in hopes to give them the same devotion and attention he was so blessed to have in his career. It's not about throwing some microphones up and charging you for it at The Sonic Solution...Its about changing the way you think about your goals and pushing you to the limit.

As mentioned before, the recording is only as good as the source your capturing. Here are a few things we strongly suggest be done before coming in for your session. Please be sure to have all your performing members take the time to read though these things.

Guitarists, Bassists, & Anyone who has strings - Always be sure you have new strings on your axes before your session. We cannot stress this enough. Old and lifeless strings will absolutely transfer into your tracks. There is definitely no amount of studio magic that can fix what a simple string change can. It's also a good idea to have an extra set or two with you in case you break a string or just played so hard you rocked the life out of them! 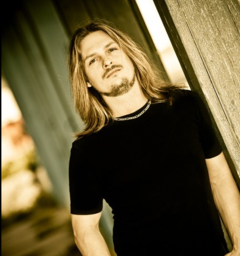 RELAX! - Last but not least, relax and have fun. You've read through the list and you know some things that are going to help make your recording session smooth as butter. The next important thing is to have a great time and enjoy finally getting those great songs to a disk. Leave your nerves at home...One of the best tips I've ever heard was that a nervous performance can be all that separates you from achieving your dreams. Either in the studio or on stage, I've seen lots of bands and artists fall short of greatness not because of the material...but because of nerves and stage fright. Most of the people your playing to only wish they had the gift of playing an instrument or singing, let alone the guts to actually do it for an audience. So take a deep breath, and be confident knowing that  we are here to help in every way we can.

Drummers - The tone of the drums is one of the most critical elements of a full band mix. The first step to huge sounding drums is a fresh new set of heads on your kit. Old drum heads lack the clarity and punch that your performance needs to really stand out and they are harder to keep in tune with themselves. We know drummers suffer the biggest costs when it comes to keeping their instrument up to par as a full set of heads is not cheap when compared to a $5 set of guitar strings...but you'll be glad you did it the first time you hear it back in the monitors. Also, dont forget your sticks!

A variety of string gauges for both Bass, Acoustic, and Electric are usually on hand to purchase through our shop.

We also have an in house guitar repair service that includes troubelshooting, fret work and repair, set-ups, and much more.

Know your songs - The recording studio is where you want to do your best performance. That is why it is critical to a great session for the people that will be performing on your project to know the song inside and out. Things like tempo, chord changes, drum fills, and guitar solos should be hammered out before hand to ensure confident sounding tracks. You owe it to your song to show up prepared.

Preparing For Your Session